Sauvons L’anse-à-l’orme: What can you do to help save some of Montreal’s remaining green space?

Sauvons L’anse-à-l’orme: What can you do to help save some of Montreal’s remaining green space?

The Office de Consultation Public de Montréal has just announced hearings on the proposed residential development in Pierrefonds west which has been the target of efforts by the Sauvons L’anse-à-l’orme conservation group. With this in mind, spokesperson Alison Hackney is asking concerned birders to voice their opinion at the upcoming hearings and to sign a petition which can be found on the group’s website.

At issue is the 185 hectares of fallow agricultural land, or now ‘wet meadow’, that is part of the L’Anse-à-l’Orme Nature Park and has been at the center of controversy since Montreal Mayor Denis Coderre announced back in June 2015 that it would be the site of a 5,000 to 6,000 housing unit development project. The proposal raised the ire of concerned citizens and led to concerted efforts to halt the planned development. The land in question is adjacent to a dense forest and is home to a wide variety of terrestrial and aquatic wildlife and plant species, some of which are facing serious population declines as a result of habitat loss. 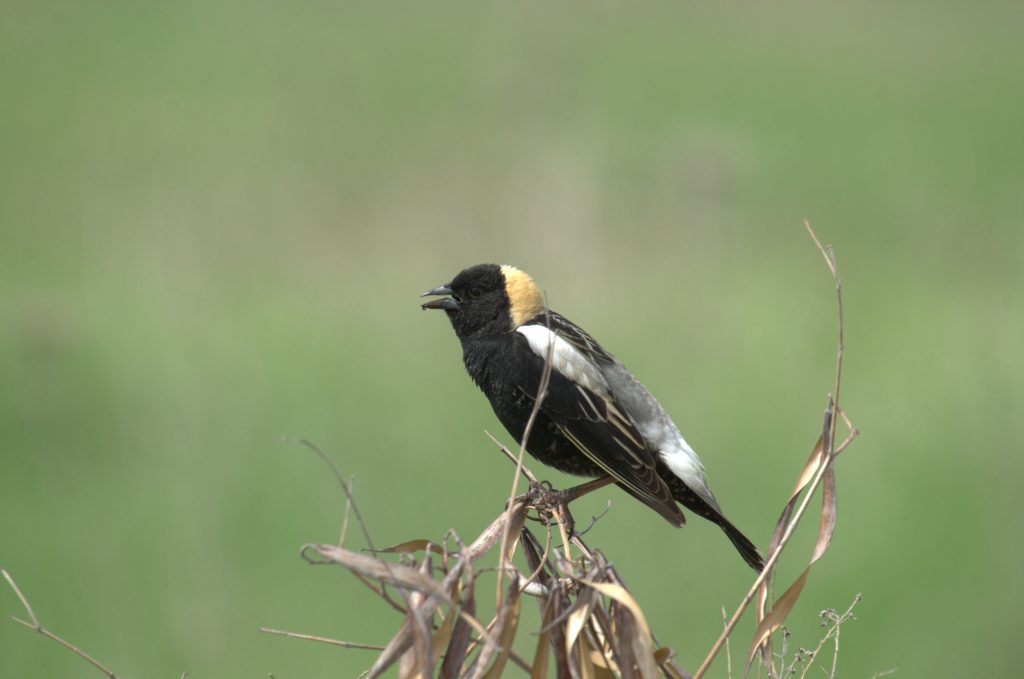 The Bobolink, among the species known to breed at L’anse-à-l’orme, is experiencing continent-wide population declines  (photo:wikimedia)

For example, according to the Cornell Lab of Ornithology website, the Bobolink, one of the species of birds that breeds on the site, “rates a 14 out of 20 on the Continental Concern Score and is on the 2016 State of North America’s Birds’ Watch List, which includes bird species that are most at risk of extinction without significant conservation actions to reverse declines and reduce threats.” It is listed as “Threatened” by the Committee on the Status of Endangered Wildlife in Canada (COSEWIC).

A 2016 ecological impact study of the L’Anse-à-l’Orme site’s flora and fauna concluded that “development will have a detrimental impact on the terrestrial biodiversity at multiple scales.” However, in a recent communiqué, the Sauvons L’anse-à-l’orme group emphasizes that although numerous studies confirm the ecological value of the proposed development site, studies alone are unlikely to sway opinion to the side of halting development. Instead they believe “a huge outpouring of citizen support” is the key to achieving their mission to preserve the Nature Park as habitat for over 270 observed species of flora and fauna.

So what can you do to try to help stem urban sprawl and retain some of the remaining natural green space on the Island of Montreal? The Sauvons L’anse-à-l’orme urges those who share their desire to stop the development project to attend the OCM meetings in person and to present a written brief, or if they are unable to attend, to write to the OCM to express their concerns. Citizens can also present an oral brief. In all cases you must register ahead of time if you wish to make a formal presentation at the hearing. For complete information about how to submit a brief before the April 27th deadline and to view relevant documentation, consult the OCM website. Sauvons L’anse-à-l’orme will be holding a workshop on April 7th to discuss the issues surrounding the proposed development as well as providing tips on how to prepare a brief. To attend, email sauvons.lal@gmail.com. 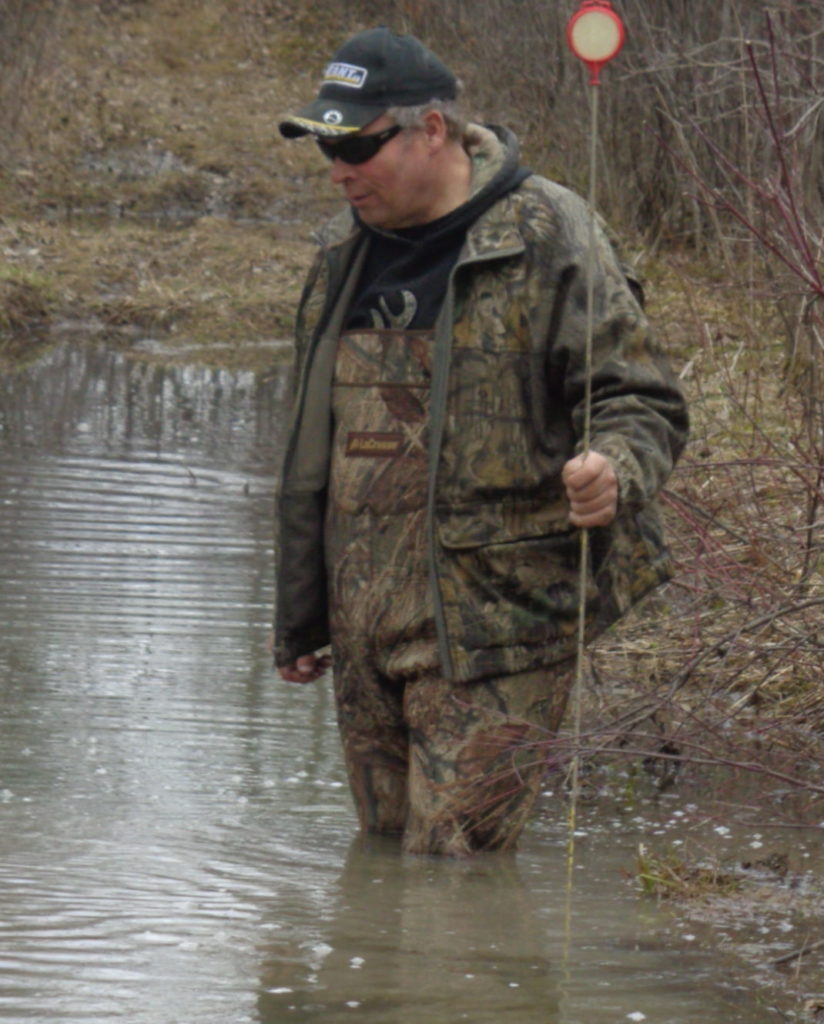 The waters of the Rivière à L’Orme spilled eastward in mid-April, flooding the adjacent field that lies in the proposed 6000 unit residential development zone. Hip waders and rubber boots were required apparel for a location that might one day be someone’s living room if developers have their way. (Photo courtesy Alison Hackney)

As the April 27th deadline to register an intent to present a brief at the upcoming City of Montreal hearings about the proposed Pierrefonds west development fast approaches, one might wonder if the river is sending its own message.

According to Sauvons L’anse-à-l’orme’s Alison Hackney, the controversial site was recently flooded and Anse-à-l’Orme Road was closed for several days as well. The photo was taken by Hackney on April 21st in the fields about 800 m east of the Rivière à L’Orme.  She notes the land is very flat and drainage toward the river is not very good. “I would think it not a very suitable place for housing” she says.

The Sauvons L’Anse-à-l’orme conservation group is urging concerned citizens to make their views known by presenting briefs and attending  the hearings. To register before the April 27th deadline  and view relevant documentation about the hearings consult the OCM website.