Our guest blog author, Jeff Wells,  is the Science and Policy Director for the Boreal Songbird Initiative and one of North America’s leading ornithologists. This post comes on the heels of Bird Protection Quebec’s 100th Anniversary Dinner celebration which featured Jeff as the keynote speaker. His inspiring talk highlighted  some of the notable achievements in bird conservation over the last century as well as contemporary issues, and  he encouraged us to put action behind our convictions.  His expertise in boreal forest conservation issues of course weaved a thematic thread through his message. However, regardless if you were able to attend this celebratory evening or missed out, here’s another opportunity for Jeff’s insight into the boreal, a place that requires action on our part to ensure that the birds we enjoy today are here for the generations of  tomorrow.

By:  Jeff Wells, Science and Policy Director for the Boreal Songbird Initiative

It was an honour and a privilege to speak at Bird Protection Quebec’s 100th anniversary celebration. For the past century, Bird Protection Quebec has been a leader in bird education, research and conservation–it has connected enumerable people to birds and the need to better protect them.

The work this organization and its many members do extends far beyond Quebec.

When it comes to birds, Quebec plays a critical role not just within Canada but across most of the Western Hemisphere. In large part thanks to its sizable amount of Boreal Forest—which has been dubbed “North America’s bird nursery”—Quebec boasts a tremendous number of breeding birds. 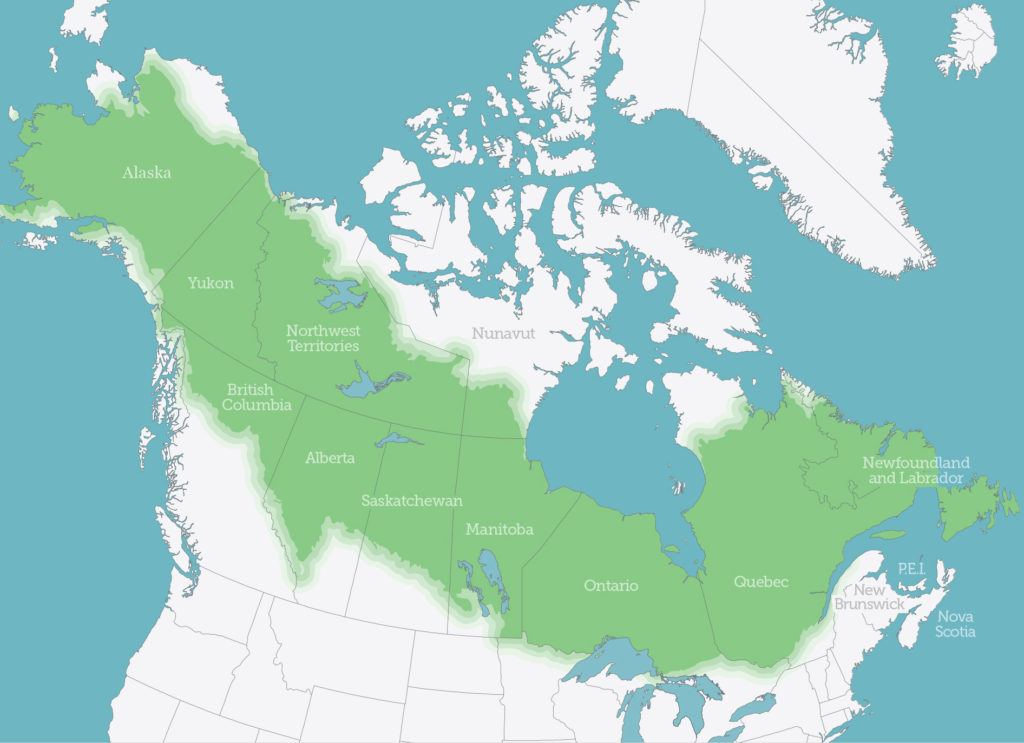 Between 300 and 500 million birds representing at least 180 bird species nest in Quebec’s Boreal Forest each summer. Most of these are migratory birds, and they grace nearly every pocket of the Americas after migrating south in the fall. From Central America and the Caribbean all the way to South America, the presence of Quebec-born birds is enormous throughout our hemisphere. As a resident of the adjoining State of Maine, I am particularly blessed by the outpouring of migrant birds each fall—whether it be an American Black Duck dabbling in a nearby lake before continuing its journey further south or the sight of an increasingly rare Rusty Blackbird that was raised just months ago in the lush thickets of Quebec’s Boreal Forest.

In many ways, we are at a crossroads when it comes to protecting birds. A combination of habitat loss and climate change are threatening a wide variety of North American birds. While much great work has been done to date, the decisions we make now and in the coming decades with regard to our lands, waters, and air will determine whether many species are able to adapt in the future. 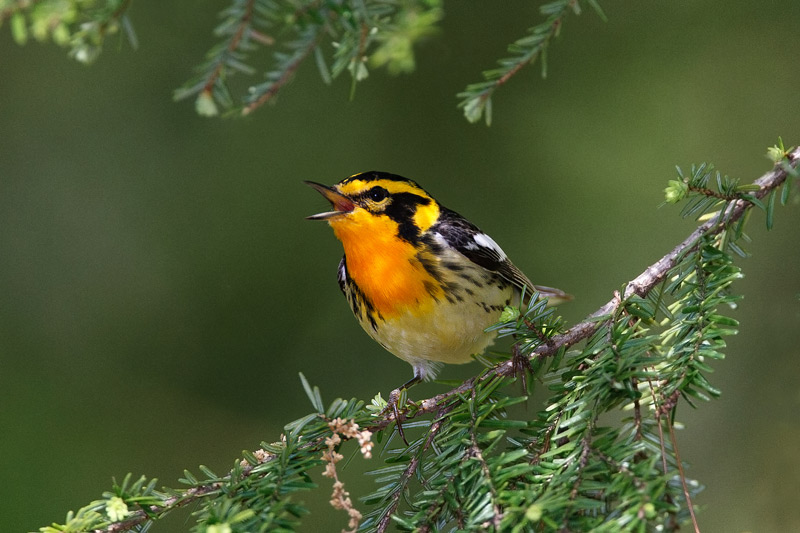 An estimated 55% of the species’ North American population breeds within the Boreal Forest. Photo: Jeff Nadler

Preserving birds in the coming century will require seeing the forest and the trees. For many species—especially those that nest in colonies or high densities—smaller, regional protected areas can benefit a great number of individual birds. However, for the many birds that occupy the vast boreal forest, it is vital that protected areas are equally vast. It is for this reason that we must double down on our efforts to not only dramatically increase the number of protected areas in Quebec and Canada as a whole, but also ensure that they are large enough to benefit numerous species—including their ability to withstand and adapt to climate change.

It can be a bit depressing reading about the environment these days. Thankfully, though, there are still some stories of hope. Nearly three-quarters of Quebec’s Boreal Forest has been spared from major development to date, providing ample opportunities for large-scale conservation that other jurisdictions or countries simply no longer have.

Continuing on the great work and examples that have been achieved over the last century will be necessary to ensure our skies continue to be filled with birds in coming decades. Thankfully, there are organizations like Bird Protection Quebec that remain active and committed when it comes to protecting birds.

So here’s to a tremendous century of bird conservation and another one to follow!

Dr. Jeff Wells is the Science and Policy Director for the Boreal Songbird Initiative. He earned his Ph.D. in Ecology and Evolutionary Biology from Cornell University and has published numerous scientific and popular articles, book chapters, and is the author of Birder’s Conservation Handbook: 100 North American Birds at Risk (2007), Boreal Birds of North America (2011) and Birds of Aruba, Bonaire, and Curacao (2017).

To learn more about the Boreal Songbird Initiative, visit:
https://www.borealbirds.org/

To sign up for their e-updates, enter your email on this page:
https://www.borealbirds.org/boreal-bird-e-updates