Well, we are officially three weeks into our spring trips and can’t seem to escape winter conditions. We have to catch a break sometime.

Ten birders showed up at Cap St Jacques Nature Park hoping for some spring birding but were met with sideways blowing snow out of the north. At least the temperatures were tolerable at -3C. Then at about 10:30am the snow stopped, the skies cleared and we enjoyed a winter wonderland of snow covered trees and brilliant blue skies. A beautiful February landscape. The 5.5+ km hike was good exercise.

With a few exceptions the birds seen were more suitable to winter than spring. The highlight of the day was a flock of 100+ Bohemian Waxwings which were very cooperative as they fed on buckthorn berries and flew about in the trees over our heads. The weather by that point had turned and the colourful birds with their constant twittering and a blue sky background were magical. A single Cedar Waxing was deftly spotted by Matt in the group.

Three Hooded Mergansers close to shore and two Pied-Billed Grebes out on the water were nice to see but were the only birds viewed in the limited ice-free areas. A Great Blue Heron, four Killdeer and a single Red-winged Blackbird made flyovers. These along with a pair of Song Sparrows were our only real harbingers of spring. A Merlin made an appearance while we were tallying up the day’s sightings and was joined by a second individual soon after most of our party had departed. (Thanks to Louie, Rejeanne and Lise for their persistence in tracking these two down.) A group of 30 Snow Buntings also made flyover shortly after most participants had left. These have been included in the totals.

Our complete list of 22 species included:
(These will be posted to ebird )

Thanks to everyone who came out to brave the early conditions and were rewarded with some beautiful if not quite seasonable landscapes. 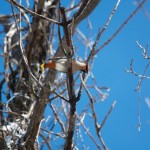 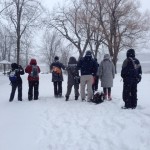 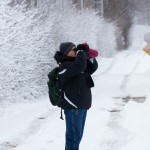 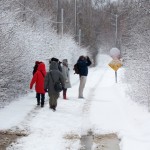 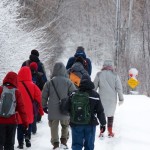 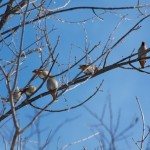 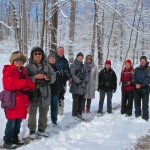 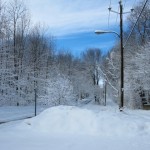 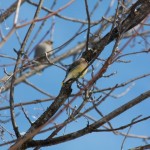 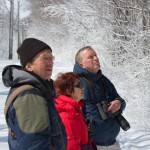