While you might know that Île aux Perroquets is Bird Protection Quebec’s first sanctuary, and that it is Quebec’s largest Puffin nesting site, do you know some of the following bits of its history?

#1. Another Milestone
This year marks the 80th anniversary of the purchase of the 17 hectare island, which was acquired by Bird Protection Quebec on May 20th, 1937 for $185. 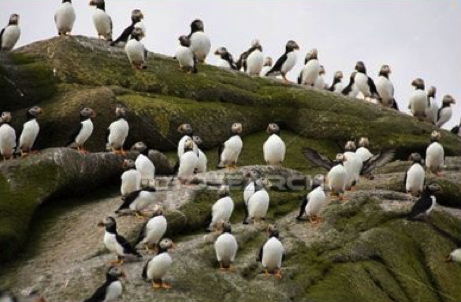 #2. Seabird Persecution of the 19th and Early 20th Century
The remote island once served as a fishing outpost in the 16th century; for centuries thereafter its bird populations, like most Atlantic seabird colonies, were persecuted for their eggs, meat and feathers. The effect on the Puffins, Auk and Murre populations was devastating, and can only have been made worse by the fact that theses birds lay only one single egg per year.

#3. Behind the Scenes Influence
One of the key players behind BPQ’s acquisition of Île aux Perroquets was Harrison Lewis, who in 1920 was made Canada’s Chief Migratory Bird’s officer for Quebec and Ontario. He was primarily responsible for the enforcement of the Migratory Birds Convention Act, and spent lots of time patrolling for offenders as well as banding birds in the Saint-Lawrence. Although the Canadian Government made Île aux Perroquets, together with Île Greenly and the waters within 500 metres surrounding each island, part of the Brador Bay Bird Sanctuary in 1925, the island was still in private hands at the time. Lewis was concerned that it might land in the clutches of an owner who would exploit the bird population that nested there. This led him to urge the Society to consider purchasing the island. 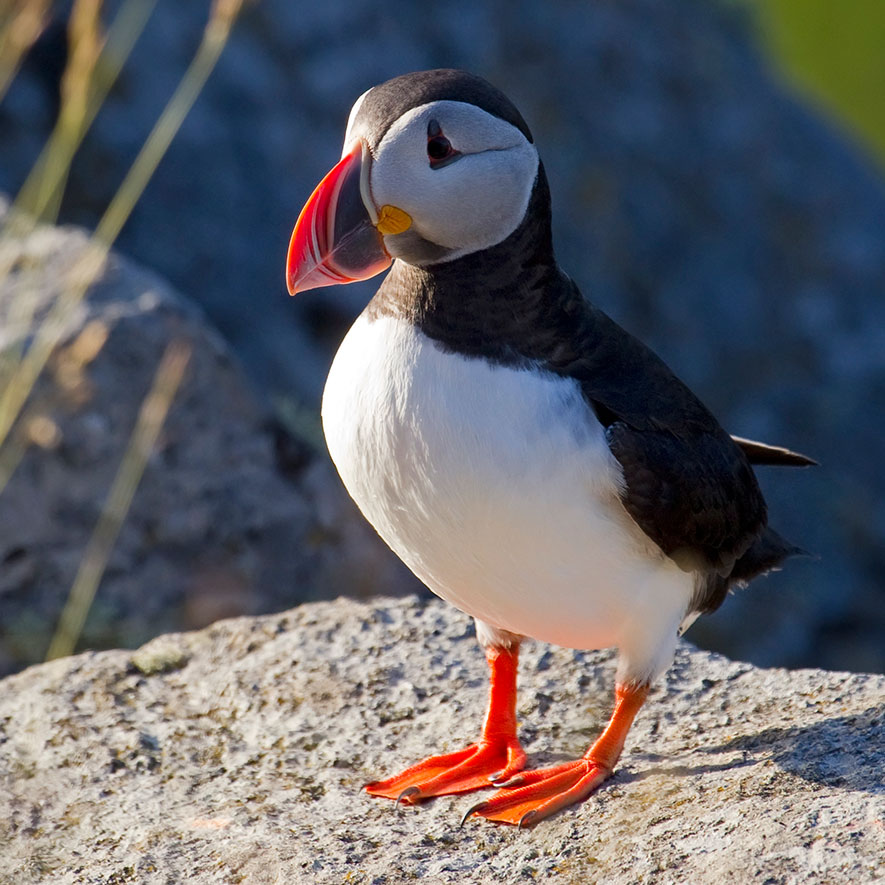 #4. Historical Numbers
A bird census in 1935 estimated that there were 29,000 nesting pairs of Atlantic Puffins on the remote island. Together with a smaller population of Razor-billed Auks and Common Murres, Lewis estimated the total bird population at 60,000 individuals at the time. He wrote that for someone visiting the island for the first time, it was exciting to “see the huge clouds of birds which sweep about the island like swarms of giant gnats.”

#5. Current Trends
Today, according to Environment and Climate Change Canada, Puffin numbers are much lower but the Razorbill population has increased. Yet despite the declines, this still accounts for 2/3 of Quebec’s Atlantic Puffin population, which in 2010 was estimated at 16,000. The Razorbill population, although it experienced significant declines in the 1970’s and 80’s, has increased; in 2010 it was estimated to be at 6,300 individuals.

There’s more interesting history in A Bird in the Bush, available for purchase at BPQ monthly meetings.