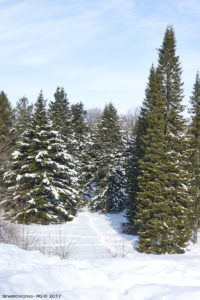 BPQ and the Morgan Arboretum teamed up for the 20th Annual Great Backyard Bird Count!

Participants walked along the Arboretum’s three trails to count the birds and had an opportunity to hand feed the chickadees at the Blossom Corner feeders. In addition, a number of scopes were set up outside the conservation center for an extreme close up view of the birds. Altogether 18 different species were seen through the course of the morning, a task made all the more pleasant thanks to the sunny skies and balmy temperatures of 3 degrees C. The groups met at the end of the event to make a collective tally of birds seen for submission to eBird. 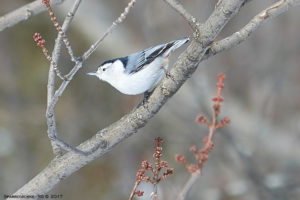 The GBBC is a joint project of the Cornell Lab of Ornithology and the National Audubon Society with partner Bird Studies Canada. During this annual global event, tens of thousands of volunteers submit on-line checklists to eBird of birds observed during a designated 4-day count period in February. The data helps scientists monitor long-term avian population and migration trends. Anyone can participate and bird observations are not limited only to backyards. Anywhere you find wild birds is a great place to count them!